On December 13, 2015, the town of Giporlos, Samar honors the many efforts of the Bayanihan Foundation, one year after the wake of typhoon Haiyan, the strongest typhoon ever recorded in history to hit landfall with winds up to 315 km/hr. Vice Mayor Fritzie Odron presented a plaque of appreciation and an award to the Bayanihan Foundation for “its financial, moral, medical and material support which contributed in distinctive ways for the recovery and rebuilding of damaged properties, dreams and aspirations of the people of Giporlos, Samar in the wake of typhoon Yolanda (Haiyan) catastrophe.” 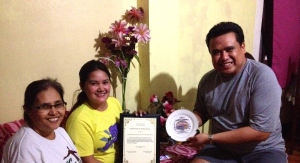 Vice Mayor Odron personally visited me and Evelyn Castillo, the foundation’s Philippine Liaison. Evelyn is also a native of Giporlos. It was one of the first towns struck in the path of typhoon Haiyan.  I was very surprised and honored that the municipal government of Giporlos recognized the efforts of the foundation and the hundreds of donors that donated to help typhoon victims.  This demonstrates that diaspora philanthropy and government partnership could work. Besides Giporlos, the Bayanihan Foundation also provided direct typhoon relief in Guian, Samar and Tacloban, Leyte. The foundation also provided funds to the Visayas Disaster Response Network and they provided immediate disaster relief to other affected areas in Leyte.

On November 2014, I also shared on a previous blog the major accomplishments of the foundation one year after typhoon Haiyan struck the Philippines:

Typhoon Haiyan, One Year Later 2014: Three Points of Impact of the Bayanihan Foundation

I would like to emphasize three major points that prove the impact of the Bayanihan Foundation after the aftermath of Typhoon Haiyan one year later and its continued impact in helping with the recovery and rehabilitation efforts for long-term sustainability. Although major efforts have been made, the Bayanihan Foundation implores you to stay with the Philippines and continue to be a partner for long-term sustainability. The foundation is asking for your support for three short and long-term projects and become a partner for long-term recovery. 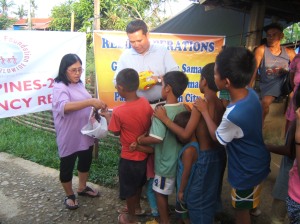 The Bayanihan Foundation partnered with multiple organizations including Filipino medical doctors who volunteered with the Medical Action Group (MAG) and provided emergency, medical relief to hundreds of typhoon victims. 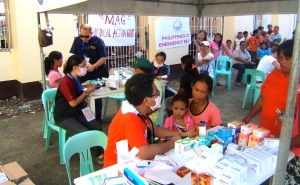 The Bayanihan Foundation also partnered with Murat Kose of the Zakat Foundation who immediately visited devastated areas in Leyte and with the tireless volunteers of the Visayas Mindanao Disaster Response Network in Cebu. 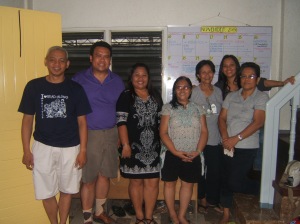 The Bayanhan Foundation also partnered with international volunteers including Anna Hastreiter of Germany and volunteers with the Filipino internet based Worldwide Filipino Alliance (WFA). A big thanks to donors like Barbara Dix and members of the Committee on Pilipino Issues (CPI) who were the first ones who donated so generously.  The foundation would like to thank the hundreds of generous donors who donated for emergency relief without being prompted or asked. 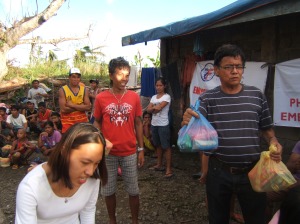 2. Impact to education and children

In August 2014, the Bayanihan Foundation donated 10 used laptop computers to Giporlos Central Elementary School, courtesy of Will Dix. In December 2014, the foundation is planning to donate 1,000 children books to the school and 10 used desktop computers to the Giporlos Central Trade High School, courtesy of donations from Will Dix, Linda Jamrozy and other donors. The foundation is planning hands-on computer training to the teachers and staff at these two schools so they could in turn train their students and improve teaching and productivity at these schools. 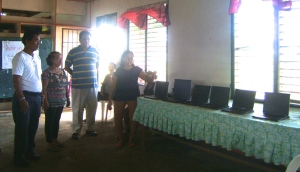 According to the United Nations International Children’s & Education Fund (UNICEF) October 2014 report, children were the ones severely affected by the super storm Haiyan with 5.9 million children suffered out of 14.1 million people affected. So the Bayanihan Foundation had been focusing its long-term recovery efforts into education and children.

In 2014, the Bayanihan Foundation is planning to work with several key partners for long-term sustainability in health: 1) Rotary Club of Borongan in Eastern Samar; 2) the Philippine Provincial Health Office of Eastern Samar; and 3) several municipal and barangay (village) government officials including the Mayor of MacArthur, Eastern Samar, Jaime Ty. 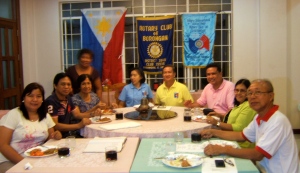 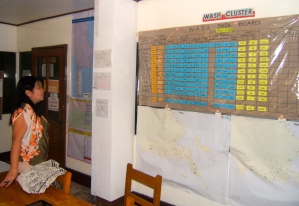 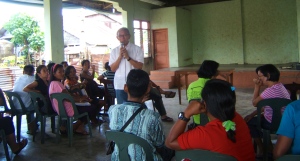 The foundation would like to provide 1, 200 public and private latrines in over 10 towns and cities throughout Samar island, including Guian where typhoon Haiyan hit landfall. This will definitely contribute to the island’s ‘zero open defecation’ strategy and the UNICEF’s overall water, sanitation and hygiene (WASH) long-term objectives.

Typhoon Haiyan, One Year and Beyond: Stay With the Philippines – Three Pleas for your Continued Support

Despite these short-term gains, the Bayanihan Foundation would like you to stay with the Philippines and continue your support on these three projects that will continue the road of long-term recovery:

1. Immediate relief to replace broken stained glass windows in a place of worship 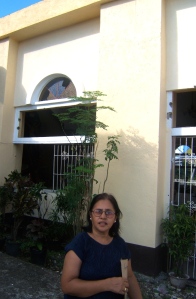 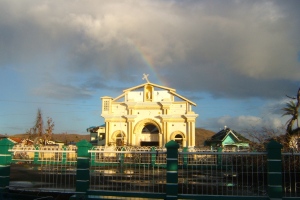 Like many buildings that were left standing, the Giporlos Church was not spared. The church is in the middle of the town and is more than a place of worship. It also serves as a community and youth center with most of the town folk are predominantly Roman Catholic. Evelyn Castillo of the Bayanihan Foundation pleads for your continued engagement to stay with the Philippines and help rebuilt the broken stained glass windows. “We need just $500 total to help replace stained glass windows and make this place of worship a decent place again to contemplate and for youth and families to gather,” Evelyn said. 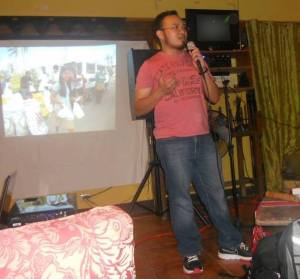 Bayanihan Foundation board member James Castillo is leading a campaign to provide backpacks to youth and children in Cebu as symbolic and real tools for recovery and help children in their education and long-term efforts for recovery. In December 2014, James is also planning to conduct educational workshops for the youth on permaculture and sustainability and to plant thousands of mangrove seedlings in the area.

3. 1,200 latrines in Eastern Samar on the road to hygiene and ‘zero open defecation’ 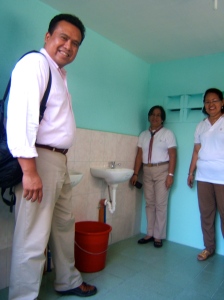 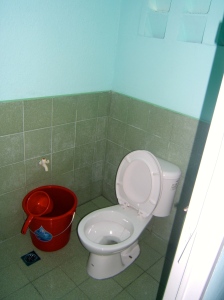 In August 2014, the Bayanihan Foundation successfully installed two latrines in Iligan, Philippines in partnership with the Rotary Chicago Far North, the Rotary Iligan East and with my uncle and aunt, Dr. Vicente and Mrs. Luz Saavedra. In 2014, the Bayanihan Foundation would like to duplicate this successful effort in a big way by building 1,200 public and private latrines in Eastern Samar to contribute to the UNICEF WASH efforts of ‘zero open defecation’.

The Bayanihan Foundation needs you to stay with the Philippines and to continue your help and support.

President of the Bayanihan Foundation Worldwide
View all posts by daleasis →
This entry was posted in Diaspora Giving, Disaster Relief, Philippines and tagged award, Philippines, typhoon Haiyan. Bookmark the permalink.